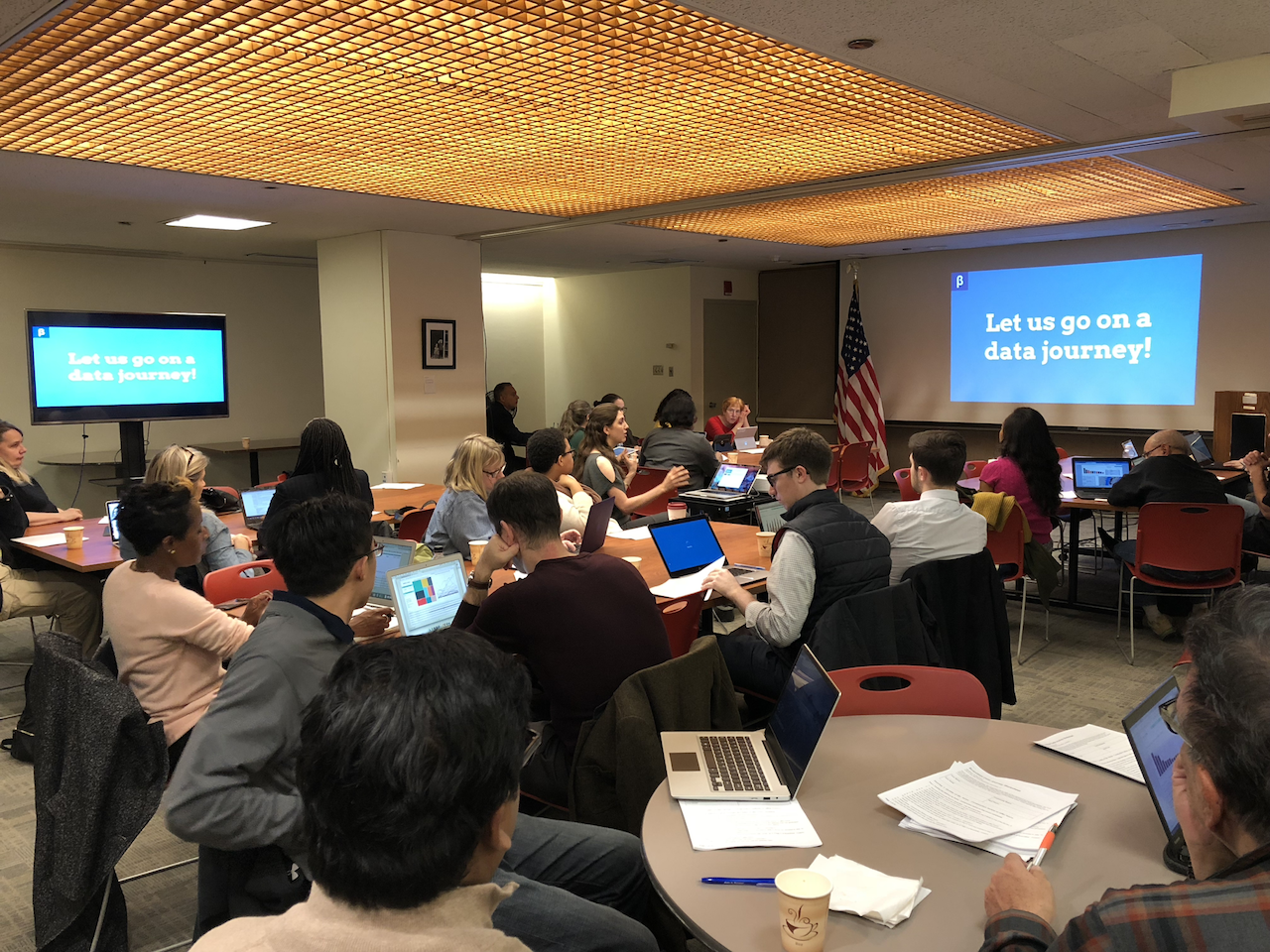 When I moved to NYC four months ago, I already sorely missed my civic hacking community I left behind in Austin. I only knew a few folks here, and there was a lot to get acquainted with. I did know at least one thing might be familiar: the local civic tech hack night. But I couldn’t find it.

Atlanta, Austin, and Portland’s hack nights (all part of Code for America’s brigade network) were friendly and engaging enough that I knew I could make some friends and hack on something that might take my mind of the stress of the move. I assumed BetaNYC was my best bet, since it’s the Code for America brigade for NYC and it came up in all my keyword searches like “civic tech meetup” and “open government group” for the city. Their website hit all the right points with some extra attention to advocacy and high-profile engagements. Super!

But when I tried to find a way to get involved, I was a little puzzled. I joined their Slack team, but it wasn’t as active as my past brigades’ teams. I browsed their forum talk.beta.nyc, which seemed to be used more as an announcements channel than a discussion forum.  And of course I browsed their Meetup.com page, but I could only find a few past events, most of them more educational and policy-related than something like a hack night.

So I started attending their events in the hope I’d eventually find that community. Several folks who attended those meetups told me that they were excited to participate, and did so regularly, but they didn’t know how they could get more involved. At the same time, I was stumbling upon Progressive Hack Night (finally, a hack night!), Progressive Coders Network, and the local Data for Democracy group online and offline.

Civic hacking, to me, is a way of constantly improving or investigating civic life. But I have rarely met a person outside of the civic hacking community that knew what it was by name, even though folks at these organizations effectively do it. If we, the community, want to make civic hacking (not just the term) more accessible in NYC, we should provide a more long-term option for engagement and a clearer onboarding experience.

A better way to get involved in civic hacking in NYC would require building path to discover us, helping people understand how to get involved, and showing them enough value for their time that they effectively join the community. There are three goals that I’d like the following folks in NYC to be able to accomplish within an hour of basic searching:

Code for America sort of provides for goal #1, pointing to BetaNYC, but beta.nyc has no mention of other similar organizations like Progressive Hack Night. BetaNYC does a better job with both goals 2 and 3, but there is almost no onboarding material for someone not very motivated and decided on a direction. Progressive Hack Night, Progressive Coders Network, and Data for Democracy also handle goals 2 and 3 for their high-profile projects and hackathons, but “civic hacking” is not part of either of their identities.

Yes, this is a ton of work, but I never would have gotten into civic hacking without an easy, casual environment that fostered both my awareness of important issues and ability to do something about them with the right people. When I moved here, I didn’t find that. Instead, I found a very successful, lean, and high-impact, but gated, BetaNYC. I want to at least try to provide what I started with—and now find missing—in my new home, and ideally I want the greater civic hacking community (even if they don’t identify as such) to co-create a better way to galvanize the public and empower them to change the way we do government.

Feel free to follow my progress on this project.