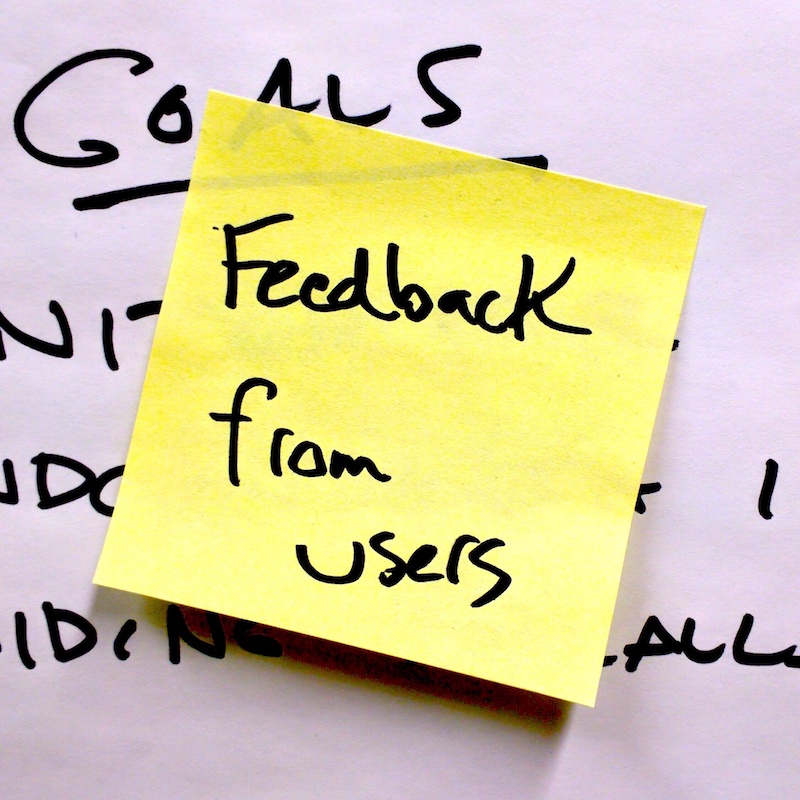 Part of being a design researcher is helping folks articulate their thoughts and sharing them with their team and stakeholders. I have supported many workshops, meetings, and impromptu sessions in front of a nearby whiteboard like this. I have selected a few of these here to show how broadly design thinking can be applied:

I have frequently been involved in planning group design thinking exercises, including workshops. I have helped organize similar ones for Key Protect and Mass Data Migration in fully in-person and hybrid remote sessions to best involve our many stakeholders across the country. Since most of our teams are colocated, we have the benefit of working in sprints rather than all-at-once workshops that need more significant planning. To improve my ability to communicate the value and practice of research and design thinking, I still find opportunities to facilitate. They’re just usually for other teams. What follows are those opportunities so far.

In December 2016, I supported a workshop led by Nick Hahn, Stefanie Owens, and Karl Vochatzer. I had little preparation time, as specific plans were changing up to the last minute and I was entirely unfamiliar with the team past what I could gather from IBM resources. Due to other commitments, I joined the workshop after the introductions, OM guidance, and user quotes exercise, when they prepared the data to organize around. I starting shadowing the facilitators as they started persona creation and empathy mapping. While observing, I took initiative in photo documenting their artifacts and discussions.

As the workshop continued, I discussed my experience facilitating workshops with the facilitators, who invited me to take on more of a support facilitator role and inviting me to interact more with the participants. I agreed and assisted in keeping their momentum when groups stalled, like suggesting organization methods and questions to consider for creating more content. By the second day, I had established enough trust with the facilitators that they invited me to lead a roadmapping activity while Nick, the lead facilitator, stepped out for some time. I took the lead on this with Karl’s domain knowledge helping significantly, and finished the workshop with a strong sense from the participants that they had accomplished a great deal. 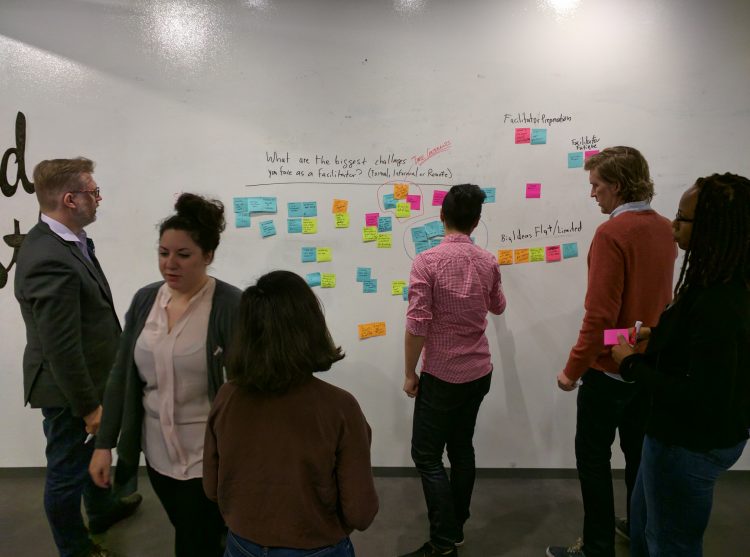 Starting with the problem: what are the biggest challenges you face as a facilitator?

Through two workshops for facilitators and by facilitators, I collaborated with others who manage, create, plan, and facilitate design thinking with groups of people. Although our focus was workshops, our core offering as facilitators, we also reached into our experience with design sessions, offering definition, soccer coaching, and other opportunities where we help people who ask us to guide their thinking toward an outcome they can work towards. I worked with folks from around the U.S. and Quebec to come up with some interesting ideas that we are pursuing further to help us practice our fundamentals, improve our ability to facilitate difficult activities like “Big Ideas,” and to grow our community’s knowledge and stories.

I was one of four support facilitators for the January 17-20 Industry Bootcamp, led by Tim White and Oscar Llarena. The goal of this workshop was to onboard new industry hires to IDT as a means for them to solve complex problems and as a cultural practice to represent when they return to their organizations and teams. Our stakeholders were the directors of Camp John Marc, a therapeutic recreation camp for children, teens, and families with special needs. They wanted the workshoppers to help with their pain points in their activity sign up process for campers and to reduce the workload to manage it. As a fairly lean and low-tech camp, however, they wanted to enhance the user experience of the process using tech at the complexity and cost of pen and paper. I led a team of four through all the design thinking methods, teaching them how and when methods and artifacts may be useful, finally culminating in a successful playback to the stakeholders. 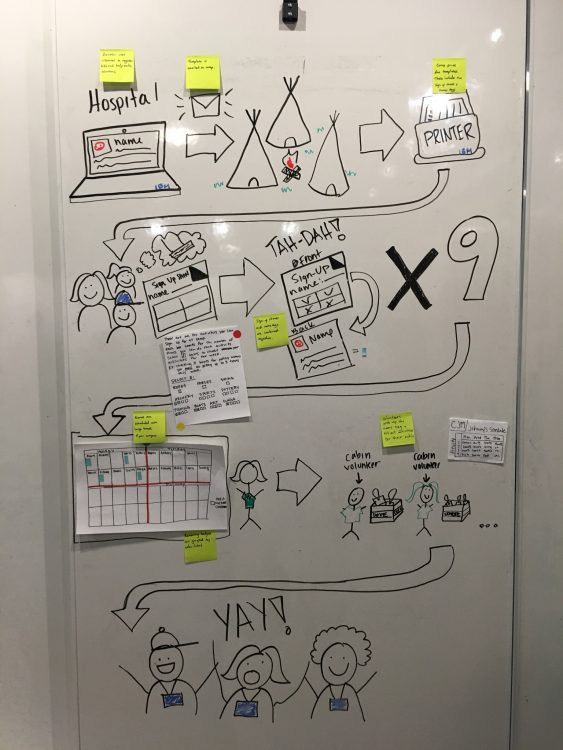 I was a support facilitator for the April Industry Bootcamp, led by Tim White, where we helped the Weather Channel work back from the beginning why and how cognitive profiles of their customers might be useful. It was a little awkwardly backwards in that it was based on a search for the use of a “cognitive profile” rather than understanding users and working through how design thinking can yield strong ideas. We still insisted on this traditional pacing at first, keeping solutioning via cognitive profiles in the parking lot until the big ideas exercise. At that point, the participants were much more familiar with the user profiles, their jobs, and what they needed to get their work done. It was also the first bootcamp in which we took the participants to a site (nearby hotels) for live human research. It went well and our reflection exercise showed participants took a lot home and found new ways to use their cognitive profile concept. 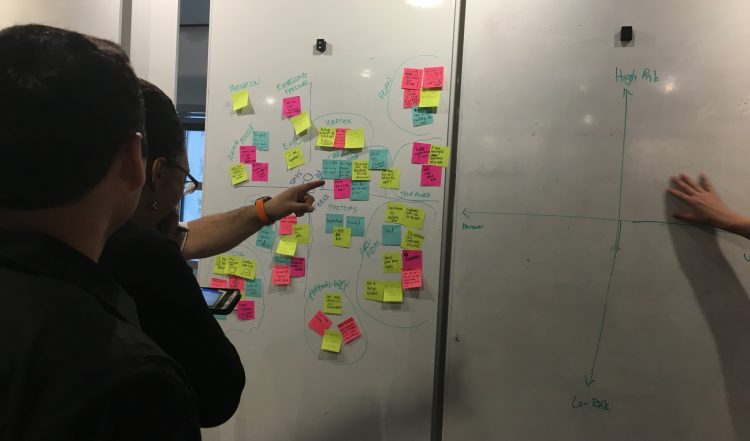 Who would use cognitive profiles anyway? Are they really that important?

In June 2017, I helped plan and support facilitated a bootcamp with Tim White. Our goal was to help participants design a better way for a business partners to sign-up for PartnerWorld. I helped Tim with planning by introducing a few research activities that would more befit the circumstances, including job stories, user testing, and usage analytics. I led a few activities and explained how they work in a design team, using the insights I’d found in the data before the workshop to help the participants get started and to qualify their output during the activities. In the end, we discovered a number of issues and potential fixes both small and large. 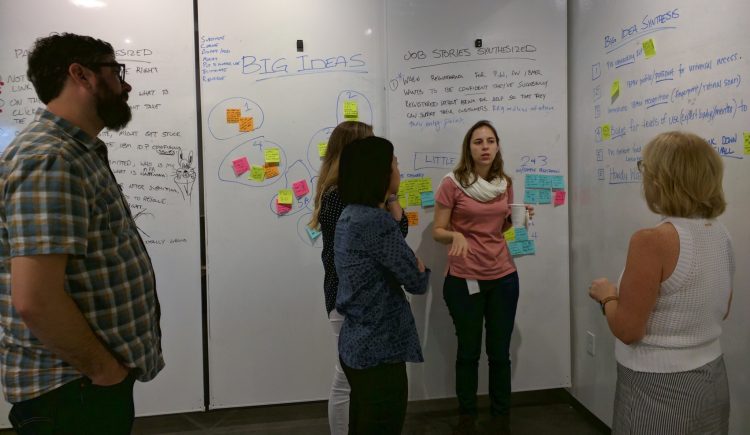 In August 2017, I co-led and planned a bootcamp with José Paez. Since our usual lead facilitator Tim White had recently left IBM, José and I took on responsibility for completely running and planning this workshop for 15 IBMers. We were both researchers and wanted to introduce more research-oriented activities and ways of working to our participants, so we changed several things about how bootcamps are usually run. First, we chose a subject and user group that was easier to do live human research and testing. Second, we changed the activities to be more iterative and introduced testing to allow them to better approximate what a real design and research sprint feels like. Finally, the entire workshop was planned in the one week prior (rather than 4 weeks) to the workshop. Overall, both we and the participants were very happy about the pacing and outcome, and I gained a significant amount of experience. 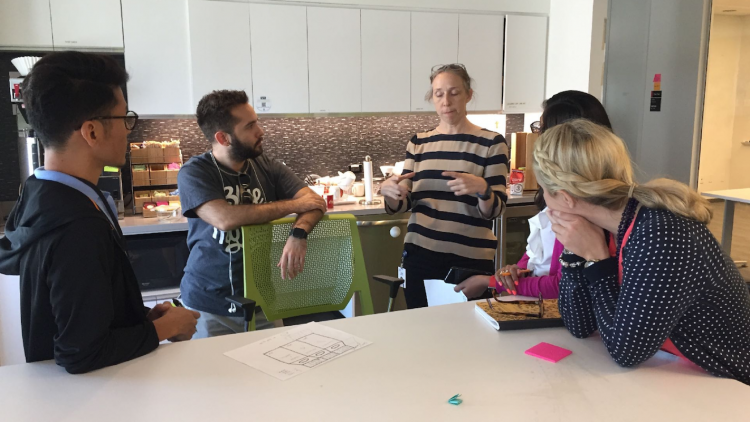 This was the first time an industry bootcamp included rounds of contextual inquiry and in-situ testing.

Outside of IBM, I worked with Open Austin, a civic tech organization. I helped plan a workshop for Austin Design Week. Once we got started, I was on logistics duty: taking photos, helping people around the space, ensuring resources were ready, etc. 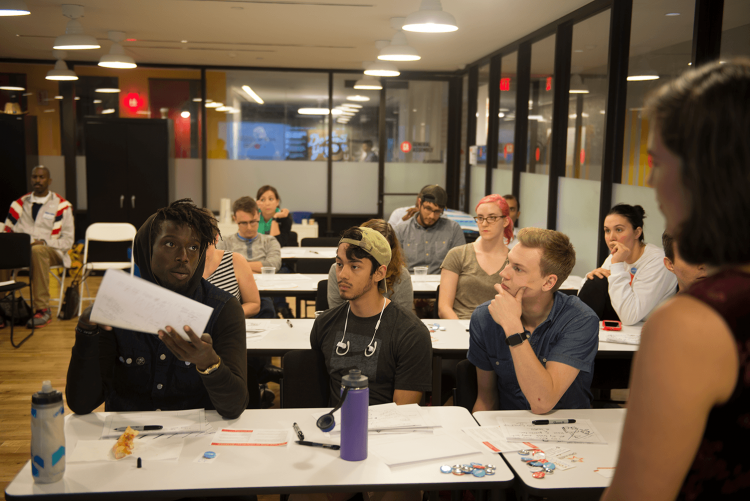 I also help out at local hackathons as a mentor. One of the most rewarding ones was where I facilitated a short hackathon for kids interested in coding. I helped the Coding Queens learn how to work together to decide on a topic, articulate a problem statement, use design thinking to understand who’s involved and how, and to prototype a few ideas. They developed a working website, a set of wireframes for an online community and reference guide, and a presentation to play back their work to Austin Mayor Steve Adler, the judges, and the rest of the participants. I can’t even capture here how much they learned and how they made me feel. 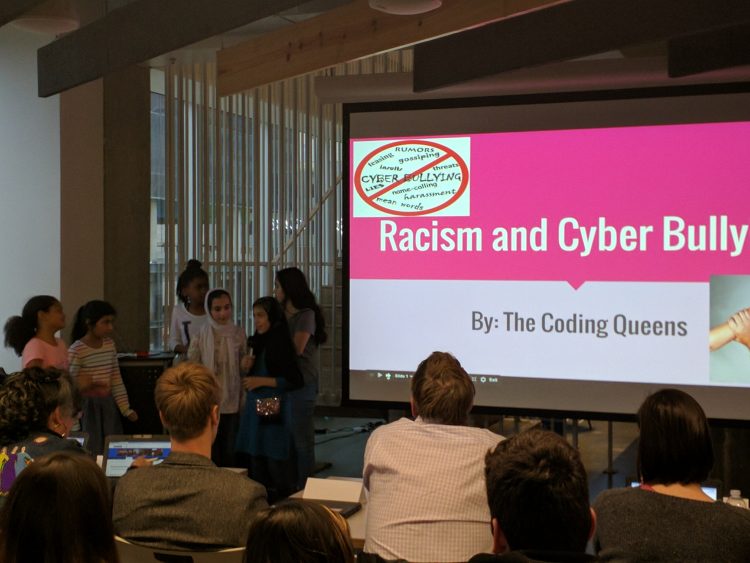 The Coding Queens, my mentees, presenting their plan, website, and wireframes to about 100 people, including Mayor Adler.