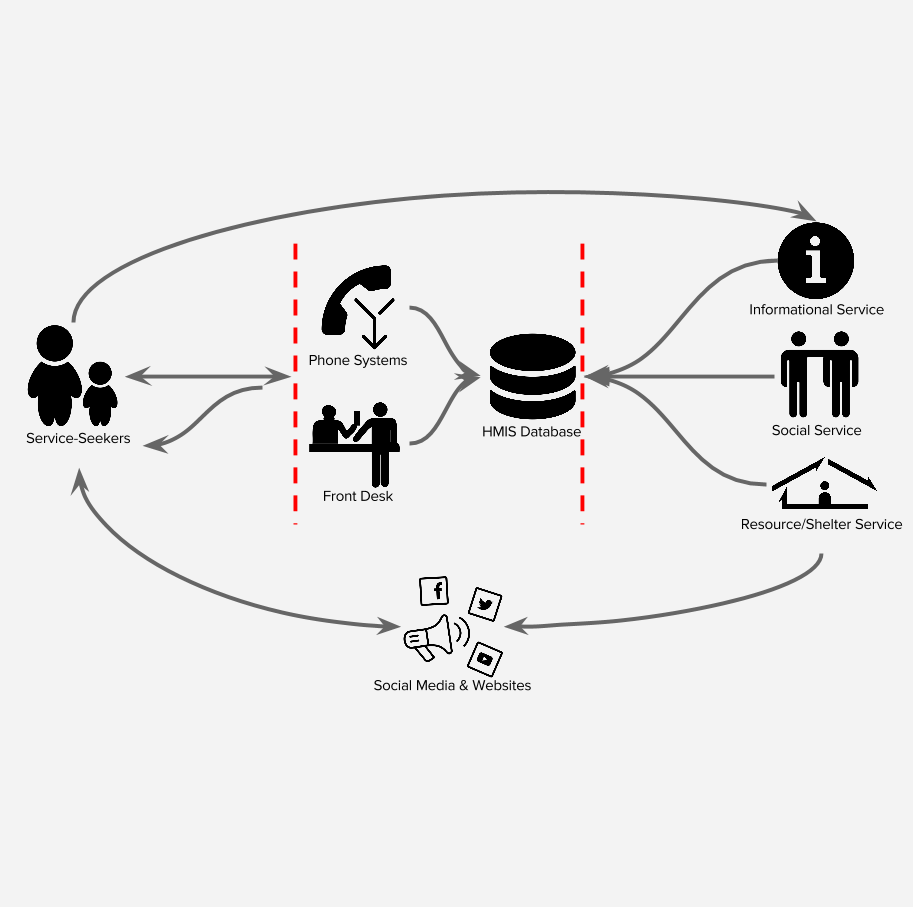 I worked with Jackie Howell and Dr. Neha Kumar on this project in examining the use of information communication technology (ICT) in the context of poverty in Atlanta. For people living in the United States who do not speak English, there are significant barriers to accessing services and resources related to homelessness. Homeless shelters in Atlanta operate on a very limited budget, turning away many people every day. Individual shelters have different physical and human resources, with beds and translators as two of the most critical and most strained. Non-English speakers and vulnerable populations are at a greater risk of issues in the shelter system, so a lack of resources available to them at shelters affects them the most. By better sharing resources between shelters and support organizations, these particularly vulnerable people can be better served by the system and perhaps better access the system.

We can understand their relationships through from a system map (this article’s main image) exploring the sociotechnical factors that could be places for design intervention. From this research and as the diagram indicates, there are significant barriers to accessing the formal system for remediating homelessness. People experiencing (or feel they may need to soon) try to seek social and resource services, and vice-versa, but they can be rebuffed by language barriers at both in-person and phone line points of contact. The issues we are addressing are barriers to accessing this system in the first place.

As one of the researchers is a fluent Spanish speaker, we had her call the various different shelters in the Atlanta area and only speak in Spanish over the phone to gain qualitative data about the shelter staff’s responses. Results are in our full publication, but it was evident that currently there is a serious lack of resources for providing services to the Hispanic population. 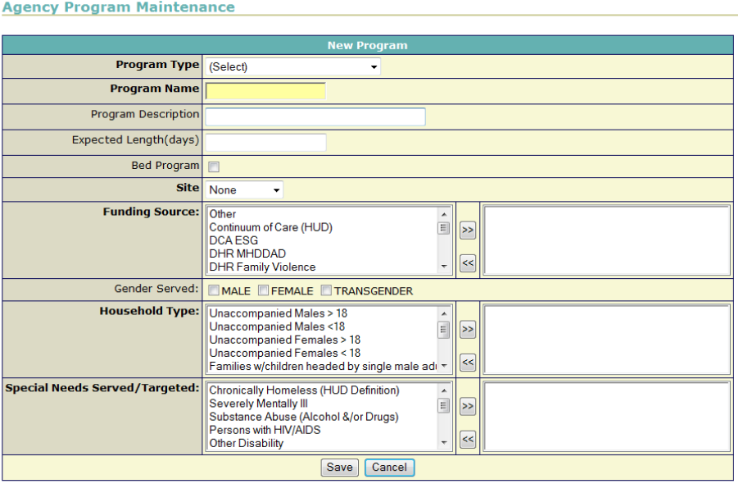 Screenshot of the HMIS software used in Atlanta, showing the kind of information the system logs for service providers.

Our design intervention, briefly described, is a suggestion of a way to model the information in this space and use it as a series of services.

In particular, we are interested in providing touchpoints that would enable people to report incidents related to barriers to the system. Similar systems in other areas exist, such as customer-relationship management (CRM) systems, help forums, technical support, and even could be compared to Yelp and Amazon reviews. We don’t intend to implement a rating system for individual care providers, but we don’t discount the possibility of such a service to be relevant and potentially useful.

There is a similar system that we take much inspiration from, in both their information model and touchpoints. The Georgia Tech eDemocracy group has developed a suite of tools and services for election monitoring that has been iterated on by and with stakeholders in developing countries. The tools are primarily for reporting and responding to election day emergencies. We take inspiration from this to apply to our design intervention called ShelterShare. 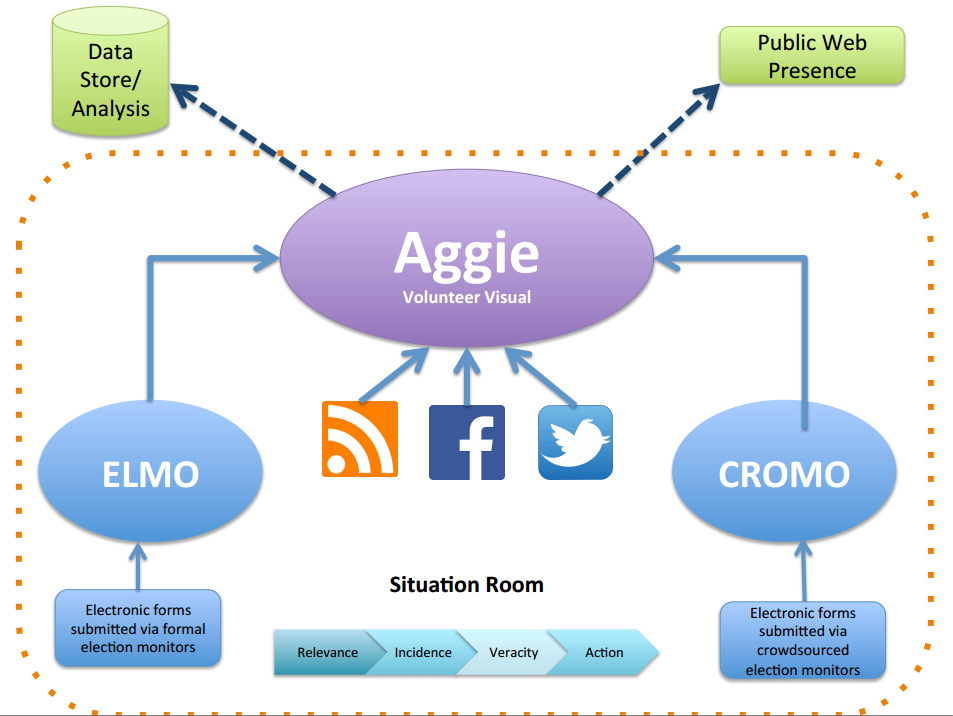 We suggest a model similar to the eDemocracy project

A social worker attempting to persuade a person living on the street to come to a shelter and seek medical services may check the number of beds available in Atlanta on a mobile phone application connected to the ShelterShare system. The person may only speak Spanish and tell the worker that they were unable to access this information when they called the phone number of a shelter. The person said that when they told their sister, who also does not speak English, she shared this incident on Facebook. The social worker searches for and finds this post via the social media aggregator through ShelterShare and escalates it, tagging the shelter in question. At this point, the system has provided a way for the social worker to check current information about services, discover social media posts about an issue, create a report about this issue, and escalate it to notify relevant parties.

Overall, once we discovered the barriers to entry for individuals, specifically Spanish speakers, trying to enter the shelter system by conducting phone calls and meetings with different sources, we worked to develop the idea for ShelterShare, which would follow the eDemocracy model and aggregate data which would be visible to the wider network of shelters and other affiliated services. The hope is that this new system would allow for a more efficient and effective mobilization of resources to more quickly serve the needs of this vulnerable population. To avoid being technologically deterministic, we made an effort to receive input from various different sources and continually iterate our idea. There is still much work to be done to further develop the idea and take into account different variables, such as how the different types of homeless individuals would interact with this system and how it could be adopted for the diverse populations. Ultimately through this research, we have brought light to a current issue that impacts thousands of individuals in the Atlanta area and look forward to continue linking resources to improve their wellbeing.