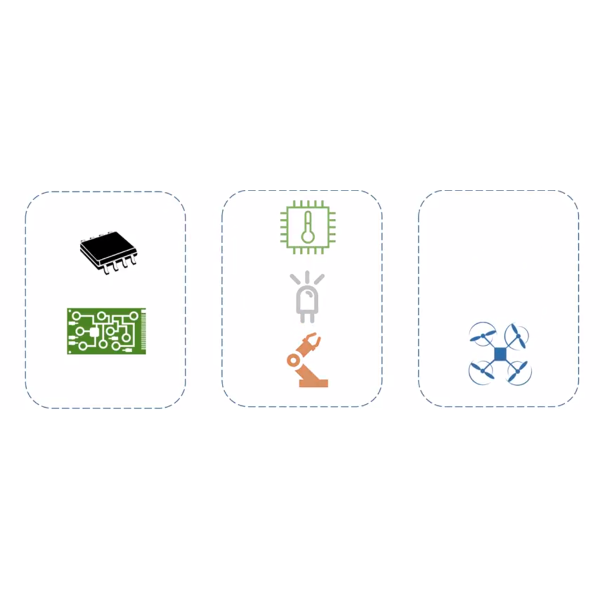 As part of my Array of Things project, I first sought to explore how to involve the public from the beginning of such project. The project was a joint collaboration of RNOC and my project group:  Aditya Kulkarni, Chandan Hebbale, Shari Ebanks, and Wen Hua, and was advised by Thad Starner.

Our research goal was to examine the usability and design characteristics of these prototyping kits and develop a set of design considerations for a kit dedicated to smart citizens for civic hacking. This work is in the scope of “citizen-ability,” the pursuit of citizen user experience design for strengthening the efficacy of citizenry and its polity. Our practical target was to help design for making. Makers may appreciate knowing what technology is best to start working with, and even experienced makers would not likely use a particularly complicated product. By figuring out what characteristics of prototyping technology is most usable for citizens to design and build with, we can inform the creation of new technologies that accelerate the transition from curious citizens to smart citizens. We hope that this research will help smart citizens in actively building their future city and future world.

ProtoCity is a nascent attempt at helping citizens prototype and actively build their future city.

We have found from the literature reviewed that there is significant tension between top-down smart city initiatives versus bottom-up, but we also find a great deal of inspiration from new forms of making together, such as the maker and hacker communities, especially in civic interests. We have also learned that there may be significant issues of usability and appropriate design of artifacts designed by those who are not end-users. This is also true of smart city technology, in that citizens should be centered in the design of components of and ultimate realization of their smart city. By informing kit designers, engineers, and programmers about these usability issues, we believe they may better understand and design for the needs of smart citizens, they could more appropriately put to market solutions that feed this movement.

Our full findings are described in our academic formatted paper, which will be used for further work in developing kits or curricula designed toward this end in my further AoT work.

In conjunction with this effort, I advised another team of undergraduate students—Stefan Bjelcevic, Jonathan Jemson, Naveena Karusala, and David Purcell—on a project more closely related to the second goal in AoT: designing for scale. I asked them to use the App Lab’s resources (e.g. smart phones, prototyping kits, and tutors) to create a device that can be at least a semi-reliable node in Atlanta’s AoT in the following conditions:

With some periodic help and connecting them to resources, the team created a device they called a LAMB (for Light And Motion Based Safety).

The prototype in the video was found to be fairly unnoticeable and remained exposed to the elements for some time without any issue. Their second iteration on the device included solar power and integration with LoRaWAN technology on Arduino using their WOOL (Wireless Omnisensor Over LoRaWAN) protocol, as well as improved housing for physical robustness. More details on their work can be found in their academic paper.

After this project, I moved to Austin, Texas to work with IBM, where I am now working on replicating the LAMB and integrating some aspects of it with the ProtoCity project and AoT development in Austin. This would also include more detailed comparisons of prototyping kits in a format similar to this tool by Cooper